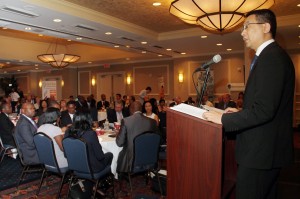 CaribPR Wire, NEW YORK, NY, Mon. May 19, 2014: A top level delegation comprising of officials from the Beijing government, the World Tourism Cities Federation, as well as the Beijing Municipal Commission of Tourism Development and China Daily, will travel to New York this June 4th for the biggest global investment summit on the Caribbean outside the region, Invest Caribbean Now, (ICN).

The delegation is being brought to ICN by partnering groups, The Chinese American Business Development Center of New York and The Sino-American Friendship Association, and will include Dr. Ma, Lin, the Deputy Secretary-General of the Beijing Municipal Government with responsibility for science, information technology, tourism, software development, education in Beijing and Mr. Cao, PengChen, vice chairman of the Beijing Municipal Commission of Tourism Development.

Invest Caribbean Now is set for June 4th, 2014 from 11:30 a.m. at the prestigious Harvard Club in New York City where the topics for discussion will include a focus on “Beijing-Caribbean Tourism and Investment Opportunities.”

The Chinese American Business Development Center of New York and its managing director, Li Li, began collaborating with Hard Beat Communications, the producers of the annual investment summit last year. The 2014 Summit will mark an expansion on that collaboration that will include not only the arrival of the Chinese delegation to the New York Summit but a two-nation Caribbean trade mission to the Caribbean later this year.

Nearly every island in the Caribbean, from the smallest up, currently has a substantial investment from China.  In 2009, China pledged US$7 billion in foreign direct investment to the region. According to recent tourism statistics, approximately 55 million Chinese traveled internationally in 2010, spending an estimated amount of US$42 billion – three times the 18 million overnight visitors from around the globe that the Caribbean attracted that year. The Boston Consulting Group predicts that by 2020, outbound travel from China will be worth US$590 billion so many Caribbean nations are anxious to obtain a piece of that pie.

Multiple Award Emmy winning TV Anchor, Ernie Anastos, will emcee the Summit while One Caribbean Television weatherman, Joey Stevens, and his famous side-kick, Bob, will wrap up the event by hosting the ICN Awards Reception, set for 4:30 to 6:30 p.m. This year’s honorees will include DHL Caribbean, HBO Latin America, First Citizens TT, One Caribbean Television, interCaribbean Airways and Gordon ‘Butch’ Stewart, the chairman and founder of Sandals Resorts International.

For more log on to ICN’s summit page at Investcaribbeannow.com. This year’s Summit will be live tweeted at twitter.com/InvestingCarib using hashtag Investingcarib. Additionally fans can follow the summit at Facebook or facebook.com/investcaribbeannow