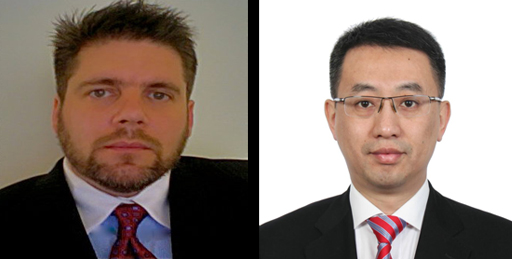 Anthony Eterno, U.S. State Department, Office of Caribbean Affairs, Western Hemisphere and Xiaoguang Liu, consul in charge of economic & commercial affairs of the Consulate General of China in New York are among the ICN 2013 speakers.

CaribPR Wire, NEW YORK, NY, Fri. May 31, 2013: Investment in the Caribbean region is bringing together a unique coalition for Caribbean American Heritage Month this June, as the United States, China and the Caribbean unite for Invest Caribbean Now 2013.

The sold out Forum on June 5th at the Radisson Martinique Hotel in New York City, comes on the heels of U.S. Vice President Joe Biden’s Caribbean trip on May 28th for the signing of the United States – Caribbean Community (CARICOM) Trade and Investment Framework Agreement, (TIFA) and the first visit to Trinidad & Tobago by the Chinese President Xi Jinping, which will take place from May 31 to June 2.

Xiaoguang Liu, consul in charge of economic & commercial affairs at the Consulate of China in New York will headline a panel on China’s growing interests in the Caribbean. Other panelists will include Jianxin Lin, chairman of the American Chinese Commerce Development Association, (ACCDA); and Li Li, managing director of the Chinese American Business Development Center, (CABDC). The Sino-American Friendship Association (SAFA) will present the panel, which will be supported by ACCDA and the CABDC and moderated by Martin Mohabeer, managing director of Spackman Group, a Hong-Kong based venture capital firm.

In 2011, China announced it would lend $6.3 billion to Caribbean governments, adding considerably to the hundreds of millions of dollars in loans, grants and other forms of economic assistance it has already channelled in the past decade.

Speakers and panellists confirmed for ICN 2013 are:

Xiaoguang Liu, consul in charge of economic & commercial affairs of the Consulate General of China in New York;

Other government attendees will include: