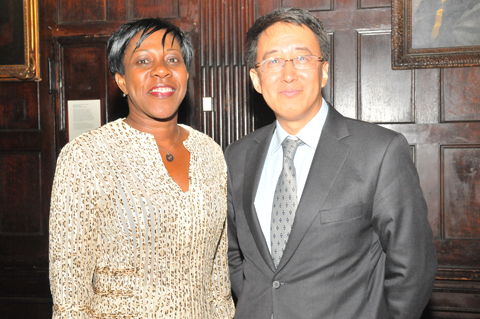 Carib PR Wire, NEW YORK, NY, Thurs. September 3, 2015: A delegation of over 40-Beijing companies will travel to the French Caribbean island of Saint-Martin this September for Invest Caribbean Now 2015.

The Government of the Collectivité of French Saint-Martin, The Office of Tourism of Saint-Martin and executives at Invest Caribbean Now (ICN), in collaboration with the Sino-American Friendship Association and the Chinese American Business Development Center of New York, will create history in the northeast Caribbean this Fall when for the first time, the region welcomes such a major Chinese travel delegation to a summit, exploring investment opportunities between China and Saint Martin.
In addition, the summit will also discuss primary issues related to tourism and women’s empowerment.
The Beijing delegation will be comprised largely of C-level executives from leading companies, travel agencies and organizations in China. The delegation will be led by Qin, Guoying, Secretary-General of China Women’s Development Foundation, and Xiong, Yumei, Executive President of the China Women Tourism Committee.
“Invest Caribbean Now remains dedicated to fostering opportunities that create economic and cultural partnerships around the globe,” commented ICN founder Felicia J. Persaud. “ICN is excited to this year extend its relationship with the Sino-American Friendship Association and the Chinese American Business Development Center of New York in helping the Government of the Collectivité of French Saint-Martin and The Office of Tourism of Saint-Martin put the global spotlight on opportunities in its tourism sector.”
“We are excited by this opportunity to showcase our island to investors and tourism professionals,” said Hon. Jeanne Rogers-Vanterpool, Présidente, Office de Tourisme de Saint-Martin. “Invest Caribbean Now will give us the opportunity to give potential investors a firsthand look at the many opportunities that are available on our island as well as the benefits of a fiscal climate that is truly investor friendly. It’s not every day that you’re given a captive audience in an environment that is ideal for doing business. We are looking forward to welcoming this delegation to our shores.”
“This summit is a historical event, bringing a large group of Beijing delegates to Saint-Martin, and featuring discussions on tourism and women’s development,” commented Li Li, Vice President, Sino-American Friendship Association. “This event will greatly advance women’s roles in tourism and public welfare, as well as further enhance business cooperation between China and Saint-Martin.”

Invest Caribbean Now 2015 – St. Martin will put the spotlight on tourism investment opportunities in the French Caribbean Island at the September event in Marigot. This elite invitation only event will also feature several officials from the north-east Caribbean along with top global harbour developers and local stake holders.

Partners for the 2015 event include the Government of the Collectivité of French Saint-Martin, The Office of Tourism of Saint-Martin, the  St-Martin Harbor, Hard Beat Communications, the Chinese-American Business Development Center, the Sino-American Friendship Association, One Caribbean Television, the St. Maarten Chinese Association, CaribPRWire and News Americas Now.