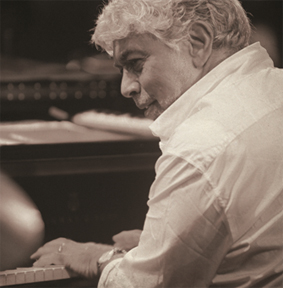 CaribPR Wire, QUEEN, NY, Mon. May 7, 2012: The legendary pianist Monty Alexander, a true son of Jamaica, and his friends Dean Fraser and Tarrus Riley, will perform at a benefit concert on his birthday, June 6, 2012, at Merkin Concert Hall at Kaufman Center, New York City.  This Birthday Bash will also commemorate Monty’s 50 years in music and the 50th anniversary of the independence of Jamaica from Great Britain.

Monty Alexander’s legacy of musical excellence bridges the worlds of Jazz and Jamaican music with over 70 albums and an international following of dedicated fans.  Reggae stars, Dean Fraser and Tarrus Riley, will join Monty on the Merkin Concert Hall stage for this happy occasion.

Proceeds from the concert will benefit Heartbeats of the World, a 501(c) (3) nonprofit organization that serves to enrich the lives of children, adolescents, and women in Jamaica, WI by providing educational opportunities to address poverty and unemployment.  The concert will also celebrate the tenth anniversary of Heartbeats of the World, which was founded by its President, Dr. Karlene ChinQuee.

Mr. Alexander was first approached by Pat Chin, founder of VP Records, to volunteer his services to the Heartbeats’ charity.  Speaking for the Board of Directors of Heartbeats, Mrs. Chin  said: “We thank Monty, Dean and Tarrus for their generous donation of time and talent to such a worthy cause; we all look forward to celebrating Monty’s birthday.”