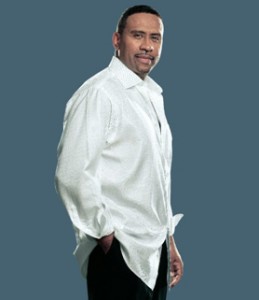 CaribPR Wire, Dallas, Texas, Tues. Oct. 25, 2011: Radio personality,  best-selling author, filmmaker, and leader of the successful civil rights march in Jena, LA, Michael Baisden not only talks the talk afternoons on his nationally syndicated “The Michael Baisden Show,” he also walks the walk. On Monday, October 24, Baisden announced his plans to give away a half-million dollars to small businesses and non-profits via a “Million Dollar Business Pitch” campaign. Listeners must tune into the radio show, Twitter, or FaceBook on November 28th for submission details.

“It’s time for those of us who have done well because of the people, to give back to the people,” expresses Baisden. “While we relax in our comfortable homes driving our expensive cars, families are being destroyed.  I understand that I can’t save the world, but I can reach back and help as many people as I can and hopefully inspire others to do the same!  It’s time to pay it forward in a big way!”

From author to radio personality, to filmmaker and now social and political activist, Michael Baisden is committed to advancing the global community to a better place. Baisden’s contribution for the campaign is not from corporate sponsors, but is coming directly from his wallet. “”You see that’s our problem, if we can’t make a profit off helping people, we don’t do it. While I welcome corporations and others to support us, I can’t wait for their budget cycles to make a decision,” he cites.

Over the past eight years, the outspoken and sometimes controversial radio pioneer has advocated for civil rights issues, campaigned for voter registration, supported free health clinics, and promoted mentoring with a 70-city bus tour. Most recently Baisden took his microphone to Occupy Wall Street in New York, engaging his listeners up close and personal with protesters from the site.

“As President Obama said, we can’t wait fourteen months; some of my listeners won’t survive another fourteen weeks. We have to do something now!”

In addition to his Million Dollar Business Pitch campaign, he continues to break boundaries with the release of his new  e-novel  entitled, “Never Satisfied: Do Men Know What The Want?” on Baisden Publishing and  his new film  “Do Women Know What They Want?” on TimeLife slated for release later this year.  Baisden’s other popular titles, “Men Cry in the Dark,” “The Maintenance Man,” and “God’s Gift to Women,” can be found on Amazon.com.

About The Michael Baisden Show

The Michael Baisden Show is an entertaining four-hour afternoon drive radio program airing Monday through Friday from 3:00 to 7:00 p.m. ET and combines the best in music, comedy and social commentary to inspire real change across America. Heard in 22 of the top 25 Urban radio markets, The Michael Baisden Show reaches more than seven million listeners each week and is syndicated by Cumulus Media Networks.  Baisden has been recognized as one of the most influential men in radio. He is also a TV talk show host, film-maker and New York Times best-selling author with nearly two million books in print.  His “One Million Mentors: National Campaign To Save Our Kids,” implemented via his The Michael Baisden Foundation, lead to him being awarded the Martin Luther King Jr. Foundation “Keepers of The Dream” Award.