CaribPR Wire, BRIDGETOWN, Barbados, WI, Wednesday April 24, 2013: At the 4th District American Advertising Federation, (AAF), ADDY Awards Gala on April 20th, agencies from the Caribbean scooped up 32 Gold and Silver District awards as well a Charlie Award for the best of Sales Promotion. One thousand, three hundred and thirty-four entries were judged in the competition including Fortune 500 companies like Disney, Royal Caribbean and McDonald’s.

This year was a blockbuster year for the Caribbean Advertising Federation, (CAF). The CAF took home top honors for the 4th District of Florida and the Caribbean, for having the most ADDY entries and sixth largest increase in entries for the entire United States.

“This is an outstanding accomplishment across the Caribbean region. The CAF has gained widespread recognition which not only elevates our organization but focuses national attention on our members,” said Renae Quinton, CAF President.

AAF National rewards this accomplishment by providing registration and travel expenses for the CAF President and ADDY Chair to attend the national AAF convention and national ADDY awards presentation in Phoenix, Arizona in June.

This year’s success was celebrated enthusiastically by a large showing of Caribbean members at the District Gala in Florida. Trinidadian agency, Ross Advertising attended and took home a Gold for its flawless campaign creation of, The Hoop of Life. 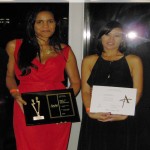 Everything Slight Pepper, won a Charlie Award for Best of Sales Promotion and a Gold ADDY for Single Unite Packaging for 3ZERO Rums by 3ZERO Ltd.

Michelle Rushing, District ADDY Chair said:  “Right from the start the 3ZERO Rum bottle design by Everything Slight Pepper stood out with its understated elegance. It was not just about the label, logo and bottle design as individual elements, it was how they organically came together to showcase the product capturing the judges’ attention.”

This is the first time in history a Caribbean agency has won a district Charlie Award. 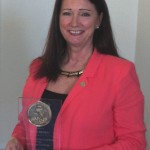 Not only were the agencies in the region highly awarded, but the remarkable woman who started the CAF 18 years ago, Terri Brown, CAF ADDY Chair, took home the highest District award, The Jack Phillips Award for ongoing commitment and service to the advertising industry.

“I am honored to receive this award for my life’s passion — advertising,” commented Brown.

“Terri Brown is most deserving of the Jack Phillips award. She has been a champion in the Caribbean for the advertising industry for many years and is a strong proponent of the talent in the region,” stated 4th District Governor, Marla Lucas.

Listed below are the District Gold ADDY wins that have automatically been entered to complete for a National ADDY, the third and ultimate level of the ADDY competition. National ADDYs will be presented in Phoenix, Arizona, in June at the national AAF convention.

Poppitz, the frog who flew

ELEMENTS OF ADVERTISING—Sound / Music Only

Digicel Value How I Roll

No Weh No Betta Dan Yard

ELEMENTS OF ADVERTISING, Music with Lyrics

Poppitz, the frog who flew

ELEMENTS OF ADVERTISING Music with Lyrics

For membership information and entry materials for next year’s competition, email Terri Brown at [email protected] or like us www.facebook.com/CAFADDY.