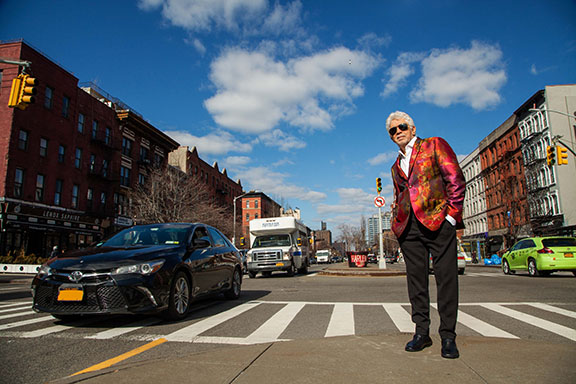 Dr. Alexander, whose new jazz album ‘Wareika Hill RastaMonk Vibrations,’ was number 1 spot on US Jazz and NACC radio weeks after its release as a tribute to his roots, will begin the New Year on January 18, 2020 at Bailey Hall at Broward College, 3501 Davie Road, Building 4, Fort Lauderdale, FL 33314.

Dr. Alexander returns to Bailey Hall by popular demand and will perform along with JJ Shakur and Jason Brown. The Caribbean musical genius says he is excited to return to South Florida, home to many Caribbean immigrants, and looks forward to seeing many in the audience.

Born Montgomery Bernard Alexander on D-Day in Kingston, Jamaica in 1944, the musical virtuoso has five decades of performances and over 70 CDs under his belt.  Alexander began his musical career at age four by playing Christmas carols by ear. He is now most widely known as an upper echelon master of the swinging piano trio function as he has demonstrated with several top-shelf groups, including iconic units with bassist John Clayton and drummer Jeff Hamilton, and with the legendary bassist Ray Brown and guitarist Herb Ellis.

Alexander also performs frequently with Harlem-Kingston Express, a double trio in which he coalesces his love for hard-swinging jazz with musical flavors that reflect his Jamaican heritage, shifting between an acoustic trio and master Jamaican practitioners of electric bass and drums.

At 75, the jazz maestro continues to tour the world relentlessly with various projects, delighting a global audience drawn to his vibrant personality and soulful messages as he has done on ‘Wareika Hill RastaMonk Vibrations.’

For a sample from Dr. Alexander’s latest album or to hear the backstory, visit  him on YouTube or at montyalexander.com. You can also like him on Facebook at facebook.com/officialmontyalexander or keep up to date on his performances on Twitter at @montyHKE.