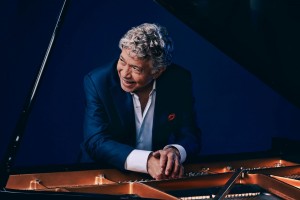 The Grammy-nominated international musician will be joined for this performance by bassist J.J. Shakur and drummer Jason Brown. The concert is sure to take fans through a musical journey within Alexander’s own ‘brand of jazz’ that features not just traditional jazz that purists have come to know and love but the rhythm of his homeland, including calypso, reggae, mento and other island music. As with his performances, fans are sure to get into the beat while jazz purists are certain to be baptized into true fans of ‘Alexander’s jazz’

Tickets for the shows start at US$30 can be obtained here. Showtime on opening night, Thursday, July 18th, is 7 and 9 p.m., respectively while performances for Friday and Saturday July 19th and July 20th are starts at 7:30 and 9:30 p.m., respectively. On Sunday, July 21st, fans can catch Alexander’s performances at 5 p.m. and 7 p.m.

Alexander, CD, late last year received an honorary Doctorate of Letters of the University of the West Indies Mona Campus. Born Montgomery Bernard Alexander on D-Day in Kingston, Jamaica in 1944, the musical virtuoso has five decades of performances and over 70 CDs under his belt.  Alexander began his musical career at age four by playing Christmas carols by ear. He is now most widely known as an upper echelon master of the swinging piano trio function as he has demonstrated with several top-shelf groups, including iconic units with bassist John Clayton and drummer Jeff Hamilton, and with the legendary bassist Ray Brown and guitarist Herb Ellis.

Dr. Alexander also performs frequently with Harlem-Kingston Express, a double trio in which he coalesces his love for hard-swinging jazz with musical flavors that reflect his Jamaican heritage, shifting between an acoustic trio and master Jamaican practitioners of electric bass and drums.

At 75, he continues to tour the world relentlessly with various projects, delighting a global audience drawn to his vibrant personality and soulful message.

For more on Dr. Monty Alexander and his amazing brand of jazz, visit him on YouTube or at montyalexander.com. You can also like him on Facebook at facebook.com/officialmontyalexander or keep up to date on his performance on Twitter at @montyHKE.