KINGSTON, Jamaica, Jan. 6, 2020 /PRNewswire-HISPANIC PR WIRE/ – The Caribbean Investigative Journalism Network (CIJN) just launched with the unveiling of four deep dive exposés produced by over a dozen Caribbean journalists. CIJN is a project of the Media Institute of the Caribbean (MIC) which is headquartered in Kingston, Jamaica. 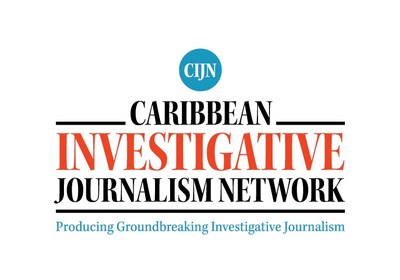 Maharaj, President of MIC and Co-founder of CIJN, said the CIJN initiative was meant to “create space for our Caribbean region on the global map of quality investigative reporting…. in small island nations we are straddled with the constraints of lack of resources, and the constant fear that our identities will be known and our lives at risk.”

The ISIS story reveals a trail of activities related to the recruitment of Islamist militants by a network of organizations in the twin-island state.

Human Trafficking in Plain Sight explores the sordid realities of human trafficking arising out of the turmoil in Venezuela. The existence of criminal networks working in tandem with corrupt police, immigration authorities and businesses is investigated in harrowing detail.

The team’s investigation of heavy Chinese investments in the Caribbean traces the growing influence of the Asian economic giant on regional development. Using supporting data, the story examines the impact of opaque investments in Caribbean mega-projects on a legacy of debt and geo-political influence in the Americas.

CIJN reviews the ill-fated PetroCaribe energy deals with the Caribbean; unravelling details on how an oil alliance founded by Chavez to confront U.S. influence in the Caribbean collapsed into broken deals, dashed hopes and rampant corruption.

Speaking at the launch, Jamaica correspondent, Steffon Campbell, said he saw the regional network of investigative journalists as being capable of seeing “the bigger picture; a regional picture; a transnational picture.”

CIJN stories can be accessed at cijn.org. All content can be freely republished with attribution and without amendment. For more information email: [email protected].

Not for profit, Publishing/Information Services