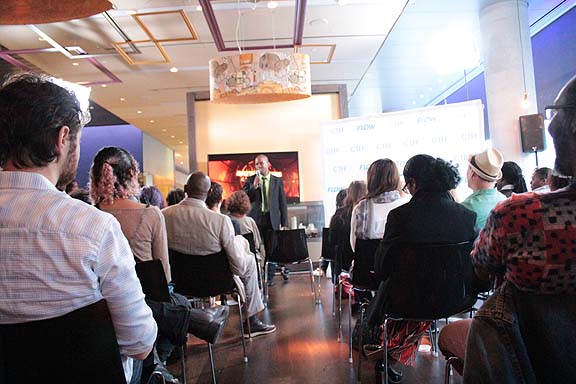 CaribPR Wire, TORONTO, Canada, Weds. Feb. 1, 2017: CaribbeanTales, a multi-faceted group of film production, marketing and distribution companies, has announced its annual Call for Submissions for the Film Festival and Producer Incubator programs that will take place in September 2017 in Toronto, Canada.  Applications for both programs will be open until March 31, 2017.

CTI Presented by Flow – Get Your Original Caribbean TV Series Made!

The renowned CaribbeanTales Incubator Program (CTI), now in its eighth year, has hosted over two hundred producers from across the Caribbean. Sponsored by Flow, the Caribbean’s leading telecommunications company, the CTI serves as a funnel for the creation of original TV Series.

CTI offers selected producers the opportunity to hone their creative and business skills within an international marketplace environment, producing compelling and sustainable content that increases the Region’s pool of world-class indigenous television content destined for the global market.

The CTI includes seven weeks of online tuition, and an intensive five-day workshop in Toronto that culminates in a Caribbean Pitch Breakfast at the TIFF Bell Lightbox attended by high-profile industry delegates.

There are several lucrative awards, including up to $30,000.00 USD in production funding for each of three (3) successful TV series pilots, that will be broadcast on Flow’s TV networks across the Region.

CTFF – Your Caribbean film on the international screen!

The Festival will hold its Media Launch and Screening in early July, and a series of community screenings throughout August. The Festival’s main juried program of feature films and shorts will be held between September 6 and September 20, 2017.

CTFF will program films of all lengths and genres.  Please note that films considered for programming must be Toronto Premieres.

For more information about the two programs, email [email protected]

ABOUT THE CARIBBEANTALES MEDIA GROUP:

CaribbeanTales is a group of companies that produces, markets, and sells Caribbean-themed film and television content for global audiences.

C&W also operates a state-of-the-art submarine fiber network – the most extensive in the region. Learn more at www.cwc.com, or follow C&W on LinkedIn, Facebook or Twitter.