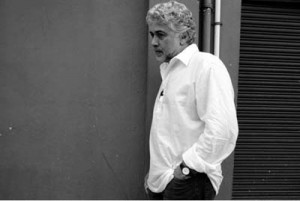 Alexander, Jamaica’s acclaimed Commander of Distinction, will present his “King Cole and Mr. S” reflections from November 23-25th at the legendary Birdland Jazz Club, 315 West 44th Street between 8th and 9th Avenues in Manhattan. Show times for the three night shows will be at 8:30 and 11 p.m., respectively.

Accompanying Alexander will be his phenomenal group of Robert Thomas, Jr. on hand drums; Lorin Cohen on bass; Winard Harper on drums and Yotam Silberstein on guitar. The shows will be made even more special this fall season with the addition of a brilliant vocalist James De Frances, who is set to belt out favorites from both Cole and Sinatra to the accompaniment of Alexander and his ensemble.
Of course Alexander will also pay tribute to his roots by including some of his upbeat reggae-themed pieces for patrons attending the shows.

Alexander, who has the distinction of being named one of the greatest piano players in jazz, still remembers seeing Cole for the first time at age 12 at a theater in his native Jamaica, and being overtaken by the spirit of the singer and his music.

It is that love, knowledge and dedication to the memory of Cole that would filter back to Cole’s daughter, Natalie, who invited him to assist her on the “Unforgettable” album.  The Sinatra connection was a lot more by chance. The largely self-taught pianist was playing in a Miami bar in his teens that was visited by Sinatra and his group of friends, including his right hand man, Jilly Rizzo. When Alexander ended his set he was approached by Rizzo and the legendary singer who invited him to play at the New York bistro, Jilly’s. Alexander moved to New York where he played on and off for several years, accompanying ‘Ole Blue Eyes’ on various occasions.

“The kid is a gas,” is how Sinatra, using the lingo at the time for “superb,” once described Alexander.

He has recorded over 60 albums to date and is set to mark his 50th year in the music industry with a new album next year.  His 1976 Montreux (Switzerland) Jazz Festival performance with drummer Jeff Hamilton and bassist John Clayton has become one of the most celebrated live recordings in contemporary jazz. Alexander’s most recent albums on the Telarc label include trio sessions, such as “Impressions in Blue,” and the live concert recording “Goin’ Yard.” His release on Chesky is “Calypso Blues” is a tribute to his hero Nat Cole.

In August 2000, the Jamaican government awarded Alexander the title of Commander in the Order of Distinction for outstanding services to Jamaica as a worldwide music ambassador.

For more on Jamaica’s greatest jazz pianist and his music visit www.montyalexander.com.