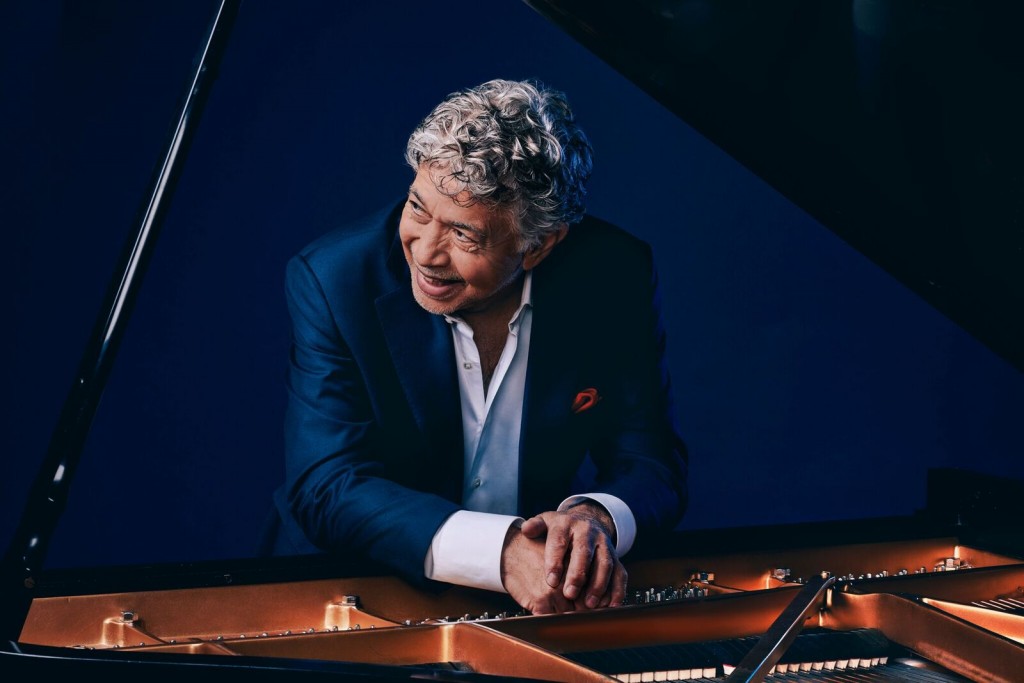 CaribPR Wire, NEW YORK, NY, Thurs. June 7, 2018: Over five decades of performances and more than 70 CDs later, award-winning Jamaican jazz maestro, Monty Alexander, is still thrilling jazz fans and introducing newbies to the genre with style. And this June, he is getting ready to do it all over again, as he gears up for a busy National Caribbean American Heritage Month in the United States.

The man, who singer extraordinaire, Tony Bennett, has declared put on one of the “best jazz shows” he has ever seen, is getting ready to play venues across the US as well as in Canada this June.

His month will kick off in Phoenix, Arizona on June 21st as the man considered to be one of the top five jazz pianists ever, will take his rhythmic, emotionally charged and virtuosic style of playing to Phoenix, Arizona’s Musical Instrument Museum, (MIM), at 4725 E. Mayo Blvd. Show time is 7:30 p.m. and tickets are $38.50–$48.50 and can be obtained here.

The Museum is the largest of its type in the world with a collection of over 15,000 musical instruments and associated objects includes examples from nearly 200 countries and territories. Alexander will join a long list of stellar artists who have performed at MIM, including jazz legend Ramsey Lewis, Grammy-award winner George Benson, Motown’s Martha Reeves, Lyle Lovett, American Idol winner Jordin Sparks and Ronnie Spector.

Then its off to the West Coast for a two-night LA performance at Catalina’s Jazz Club at 6725 W. Sunset Blvd. from June 22nd to the 23rd. Showtime will be 8:30 p.m. nightly and tickets are priced from $30 for the Friday night show and can be bought here while Saturday night’s performance will cost $5 more and can be secured here.

Alexander will celebrate jazz and Caribbean American Heritage Month in New York City with back-to-back shows from June 24 – 26th at the popular NYC Jazz haunt, Blue Note, at 131 West 3rd Street in Manhattan. Show time nightly will be 8 p.m. and this special series of performance will be presented under the theme: “Love Notes: Jamaica To Jazz,” paying tribute to the maestro’s homeland, which he left behind 55 years ago but still holds in his heart and honors with every performance.

Tickets start at $20 for a bar seat and $35 for a table reservation and can be obtained here.

Canada
The Jamaican and American classic will wrap up the month in Canada as he takes his unique brand of jazz to the groovy Montreal International Jazz Festival at Monument-National, 1182 St. Laurent Blvd. from 8 p.m. Tickets are $51.75 and can be secured here.

Born on D-Day, June 6, 1944 in Kingston, Jamaica, Alexander was playing Christmas carols by ear at 4, entertaining neighbors and relatives by 5 and taking his first piano lessons at 6. He resisted formal instruction, but still, growing up in Kingston, absorbed all the musical flavors that comprise his mature sonic palette of today.

Alexander began playing in local Kingston clubs at 14, when he also made his first recordings, some as leader of a group called Monty and the Cyclones, and others as a sideman for such legendary producers as Ken Khouri (Federal Records), Duke Reid (Treasure Isle), and Clement Coxsone Dodd at Studio One.

These early sessions for Federal, which Alexander describes as “not calypso music, but the beginning of Ska,” included such subsequently famous talents as trombonist Don Drummond, tenor saxophonist Roland Alphonso and guitarist Ernest Ranglin.

Alexander is most widely known as an upper echelon master of the swinging piano trio function, as he has demonstrated with several top-shelf groups, including iconic units with bassist John Clayton and drummer Jeff Hamilton, and with the legendary bassist Ray Brown and guitarist Herb Ellis.

He also performs frequently with Harlem-Kingston Express, a double trio in which he coalesces his love for hard-swinging jazz with musical flavors that reflect his Jamaican heritage, shifting between an acoustic trio and master Jamaican practitioners of electric bass and drums. He debuted the project at Jazz at Lincoln Center in 2009 and documented it both on the Grammy-nominated 2011 CD, Harlem-Kingston Express: LIVE, and its 2014 Soultrain Award nominated follow-up, Harlem Kingston Express 2: The River Rolls On (Motéma).