KINGSTON, Jamaica, Feb. 12, 2019 /PRNewswire-HISPANIC PR WIRE/ – Jamaica is participating in Routes Americas in Quebec, Canada between 12 and 14 February to promote the country as a tourism and business destination. Routes Americas is top leading summit in the Western Hemisphere for the development of new routes and airlift attended by airline and airport executives from across the region. 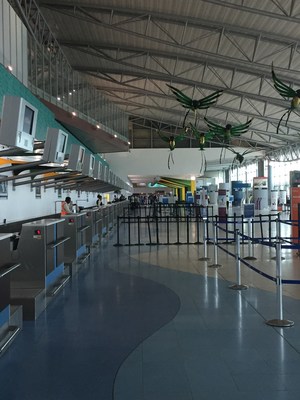 Meetings have been scheduled with 20 airlines based in Canada, the US, the EU and Latin America, including American Airlines, Delta, JetBlue, British Airways, Air Canada, Lufthansa, Southwest, United Airlines and TUI, among several others.

Routes Americas will get the industry geared up for the World Routes 2019 summit to be held in Adelaide, Australia in September, where GAP will intensify the promotion of Jamaica as an investment and tourism destination. The World Routes summit in Adelaide will have a global reach with the participation of airlines based in the EU, Africa, Asia and Australia, many of which do not typically participate in Routes Americas.

GAP is committed to promoting Jamaica as an extraordinary destination with countless natural wonders and an excellent tourism product, as well as for its attractiveness as a destination for foreign investment that promotes the sustainable economic and social development of the country.

About Grupo Aeroportuario del Pacífico
Grupo Aeroportuario del Pacífico, S.A.B. de C.V. (GAP) is a leading airport operator based in Mexico. GAP holds concessions for the operation of 12 international airports in Mexico and two in Jamaica, providing service to more than 300 destinations via 35 airlines. The company’s shares are listed in Mexico and in New York.

Airports operated by GAP are based in:

Airports operated by GAP in Mexico are owned by the Mexican government and operated under a 50-year concession that commenced in 1998 as part of a national initiative to privatize and improve the quality of service and security at airports across the country.