DUBAI, United Arab Emirates, Nov. 29, 2018 /PRNewswire-HISPANIC PR WIRE/ — Tourism, food security, manufacturing, logistics, and renewable energy have been identified as high-potential areas where companies in the UAE and Caribbean region can expand economic cooperation, according to new analysis from Dubai Chamber of Commerce and Industry. 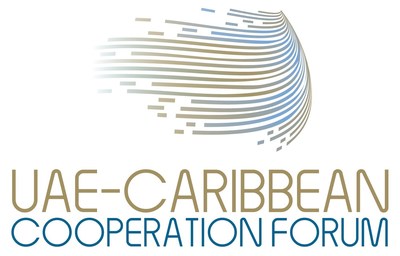 The findings, released on sidelines of the first UAE-Caribbean Cooperation Forum in Dubai, revealed that the value of non-oil trade between Dubai and Caribbean countries totaled $273 million in 2017.

Bilateral non-oil trade was dominated by imports from the Caribbean which were valued at $183 million in 2017, while $90 million worth of exports contributed 33% to Dubai’s trade with the region.

Suriname ranked as Dubai’s top Caribbean trading partner in 2017, with bilateral non-oil trade valued at $113.8 million, accounting for 42% of the emirate’s trade with the region. Guyana ranked second with $52.1 million in bilateral trade, followed by Dominican Republic and Trinidad and Tobago.

In addition, the findings revealed that the number of Caribbean companies registered with Dubai Chamber increased by 54% from 403 in 2013 to reach 621 in 2018.

Hamad Buamim, President & CEO of Dubai Chamber of Commerce and Industry, noted that the findings reflect the tremendous potential to boost bilateral trade and investment in the future as the UAE and Caribbean countries push ahead with plans to diversify their economies and explore business opportunities abroad.

“Dubai can serve as a global gateway for Caribbean exporters who are keen to broaden their horizons and access markets across the Middle East, Africa, and Asia, while the Caribbean region is fast emerging as an attractive investment destination, providing plenty of advantages which UAE companies can benefit from,” added Buamim.

Established in 1965, the Dubai Chamber of Commerce & Industry is a non-profit public entity, whose mission is to represent, support and protect the interests of the business community in Dubai by creating a favourable business environment, supporting the development of business, and by promoting Dubai as an international business hub. 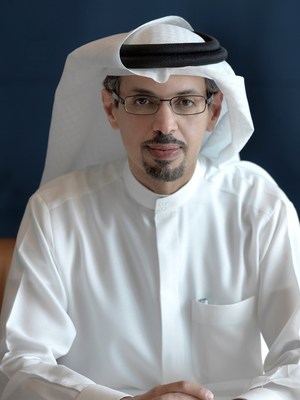 Biggest Investment Summit On The Caribbean Outside The Region Returns To The U.S. Diaspora CaribPR Wire, NEW YORK, NY, Sun. March 2, 2014: The biggest investment summit on the Caribbean held outside the region annually, returns with a bang this Caribbean American Heritage Month to the U.S. Diaspora.

Global investors, business leaders and dignitaries from China, Russia, Africa, Dubai, the United States and the Caribbean will come together for Invest Caribbean Now 2014, (ICN) summit during Caribbean Week in New York this June 4, 2014 at the prestigious Harvard Club of New York City from 11:30 a.m. to 4 p.m.

ICN returns with a revamped agenda and a focus on advancing wealth in the Caribbean region. The summit will kick-off with a panel on Global Investment Trends & The Caribbean with representatives from China, Russia, Africa, the U.S. and Dubai.

Also on the agenda this year will be a focus on medical tourism as an economic earner for Caribbean nations with CEO of Global Med Choices, Colin Childress, and Dr. Paul Angelchik, founder of American World Clinics. ICN will also spotlight on the Emerging Relationship Of Chinese Tourism & Investments In The Caribbean;  IT and Clean Energy in the Caribbean and The Caribbean Diaspora: A Real Source For Investment?  with the World Bank Group’s Qahir Dhanani, the US State Department’s IdEA’s Leigh Moran and Irwine Clare, advisory board member of the Jamaica Diaspora USA, North East.

Harvard, Princeton and Colombia graduate and Caribbean-born scholar, Dr. Isaac Newton, will deliver the keynote address on the issue of economic development and investment outreach while bridging the wealth gap to the people of the Diaspora and the Caribbean while this year’s project focus will be on the Caribbean Market Village, a brilliant, new innovative $30 million resort project/theme park set to be built in Dunnery, St. Lucia.

The summit will wrap up with the launch of the Woody Wilson Tropical Collection for the Caribbean. Woody Wilson is a renowned designer to stars like Brad Pitt, Matt Damon, Dwayne ‘The Rock’ Johnson and Terrance Howard among others.

Immediately following the Summit, ICN will present its 2014 networking awards and cocktail reception from 4:30 to 6:30 p.m. in the Harvard Club’s Cambridge Room, where a Hollywood celebrity will join delegates and honorees who will include the 2014 Leadership Awardee, Gordon, Butch Stewart, chairman of Sandals Resort.

A special addition to the ICN Summit of 2014 is the Diamond Dinner event for 20 individuals to network and do business privately. Attendance is by invitation only  from Joe Bernstein at joe@investcaribbeannow.com.

ICN Founder and Chairman Felicia Persaud, CMO of communications consultancy, Hard Beat Communications, says the 2014 Summit will be the best and biggest in the event’s four-year history because of the new team and board that’s been put in place to run the event and to market the Caribbean to the world.

Early bird tickets are going fast but a few limited seats for the June 4th summit are still available at investcaribbeannow.com/earlybird.