CineFAM/DurbanFilmMart 3.0 – Women are the missing link in Canada-South Africa Co-productions

CaribPR Wire, Durban, South Africa/Toronto, Canada, Thurs. Mar. 28, 2019: CaribbeanTales Media Group (CTMG) and the Durban FilmMart (DFM) are pleased to announce the renewal of their partnership to develop films and television content  by African women and women of colour from the global Diaspora. The 3rd CIneFAM-South Africa Co-Production Accelerator will be launched during the 10th Durban FilmMart (DFM) which takes place from 19 to 22 July 2019. 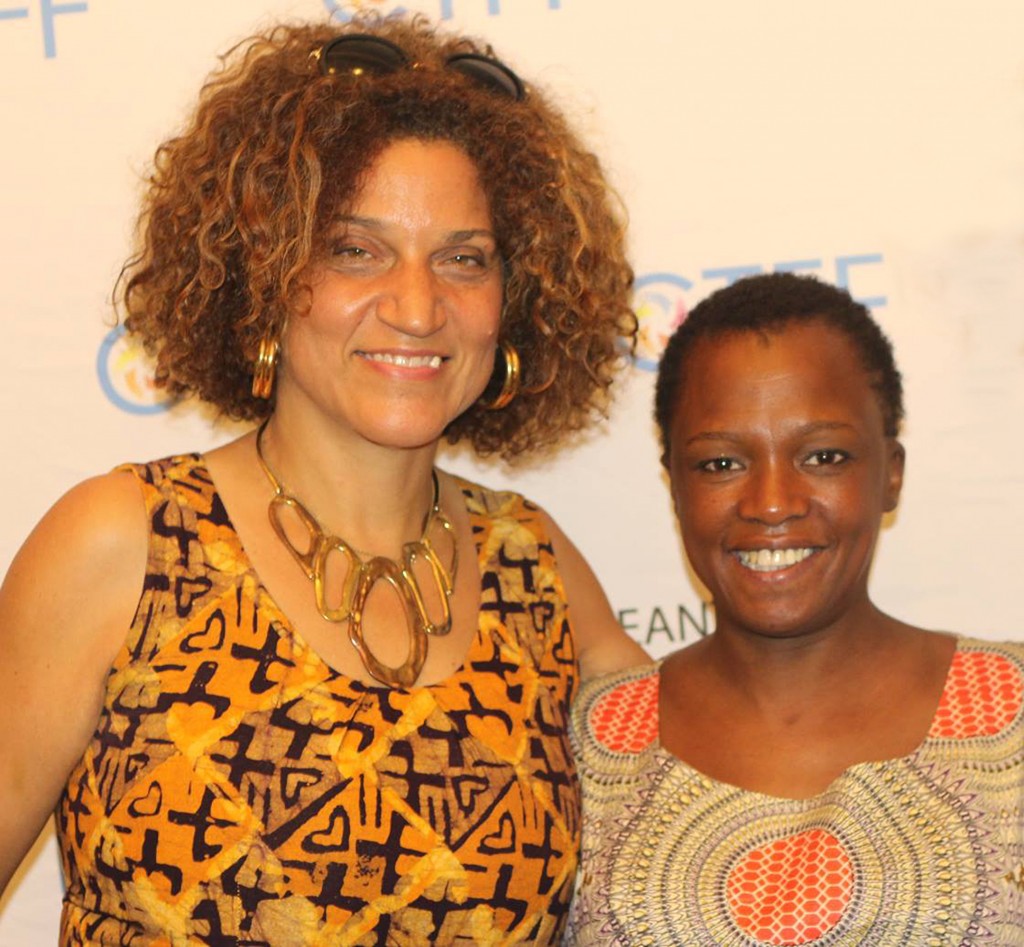 The 2019 CIneFAM Program  will take the form of a series of workshops, in Canada and South Africa, that aims to kickstart original co-productions led by experienced and seasoned female producers, writers and directors from both countries.

“We are excited to expand our program and our partnership with DIFF, with a focus on building a slate of compelling co-productions aimed at the global market. Our ultimate goal is to increase the pool of world-class female-driven content so as to build the audio visual capacity of both our countries.” said Frances-Anne Solomon, Founder and Executive Director of CineFAM, and CEO of the CaribbeanTales Media Group.

The program is  co-led by Solomon and experienced South African Producer Zikethiwe Ngcobo of  Johannesburg-based Fuzebox Entertainment who said: “I am delighted to join this successful initiative. There is undeniably a need for women to start working across borders with each other, and at the  helm of strong original international co-productions.”

Women of colour are woefully underrepresented and underpaid in the global industry, including in South Africa and in Canada, where statistics do not even exist. The CineFAM Accelerator is specifically geared to building capacity and creative leadership among women creatives and producers.

In 2017, CineFAM  and the Durban FilmMart joined forces  for the first time to host the inaugural  CineFAM – South Africa  Accelerator. The winning  producer — Mary Ann Mandishona  — attended the renowned CaribbeanTales Incubator program in Canada, where she won 3rd Prize for Best Pitch. Also in 2017, CIneFAM-SA  in association with South African Women in Film & Television (SWIFT) jointly held  a Short Film Challenge. The winning short  — The Walk — was screened at the 1st CineFAM Film Festival in Canada in September 2017.

In 2018, the second iteration of this hugely successful program focused on introducing South African producers to Canadian broadcasters in order to explore projects for co-production. From this intake, the original television series project, “Queen of the Rain” has received funding under the Canada-South Africa Co-Development Incentive, a collaboration between the Canada Media Fund (CMF ) and the National Film and Video Foundation (NFVF), with Canadian broadcaster AfroGlobal Television attached.

Toni Monty, Head of the Durban FilmMart said, “We have had an extremely productive partnership with CaribbeanTales through the CineFAM Program, and are delighted to renew our relationship with Ms Solomon and to welcome Ms Ngcobo on board who brings to the table her experience and proven talent as a successful producer in South Africa. The programme comprises carefully structured workshops to actively reimagine and strategise how to facilitate, encourage and promote co-productions between South Africa and Canada and to ensure that they are women led”

The overall goal of the 2019 program will be to identify and develop suitable scripts, within the terms of the South Africa-Canada co-production treaty. Selected  projects will participate in a  two-day intensive workshop during DFM where they will be supported by senior executives and mentors. In September, the best projects will attend and pitch their projects at the 2019 CineFAM/ CaribbeanTales Incubator (CTI),  held annually in Toronto, Canada, in partnership with the Toronto International Film Festival (TIFF).  It is intended that from these, a number will be go forward for development and production in 2020 / 2021.

CineFAM is a Haitian Creole word meaning “films by women”. Registered as a not-for-profit company in Canada, and founded by filmmaker and producer Frances-Anne Solomon, the company aims to support bold, original film stories by women of colour creators worldwide. Since 2016, their program includes: an annual 1-day film festival; a short film challenge for emerging filmmakers;  and a partnership with the Durban Filmmart to develop South Africa/Canada co-productions led by African women. In 2019, CineFAM launched its first Feature Film Incubator program for Canadian women of colour directors.

The Durban FilmMart (DFM) is a co-production and finance market and is a joint programme of the Durban Film Office (DFO) and the Durban International Film Festival (DIFF). DFM provides filmmakers from across Africa with a valuable opportunity to pitch projects to financiers, distributors, sales agents and potential co-producers, and to participate in meetings, project presentations and a series of master classes and workshops on the latest industry trends. www.durbanfilmmart.com

Fuzebox is a black female-owned and managed media Company that develops and produces content. The women in Fuzebox have a focus on creative excellence and are recognised for their in-depth research, and drive for resonant and relevant stories.  CEO Kethiwe Ngcobo, a former SABC Head Of Drama, has since she left that post,  gone from strength to strength and four critically acclaimed series with mass audiences have been produced by the company: Thola (SABC2,  2 series ), Mfolozi Street (SABC1, 2 series) Mokapelo (SABC1, 3 series) and It’s Complicated (Mzansi DSTV, 2 series). Produced feature films together with sister company Fuze Films: Mrs Right Guy (2016) and Love Lives Here (2019). 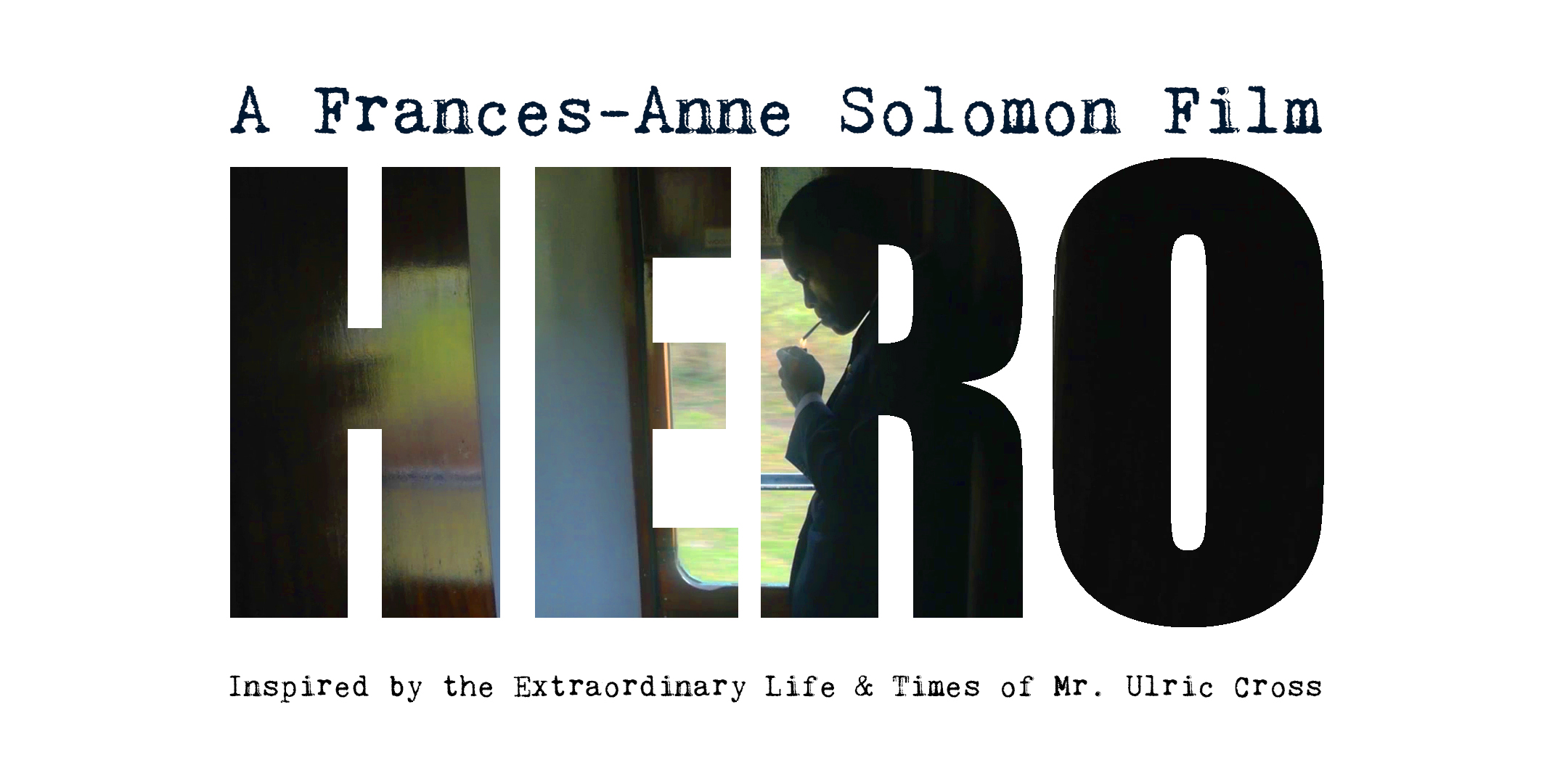 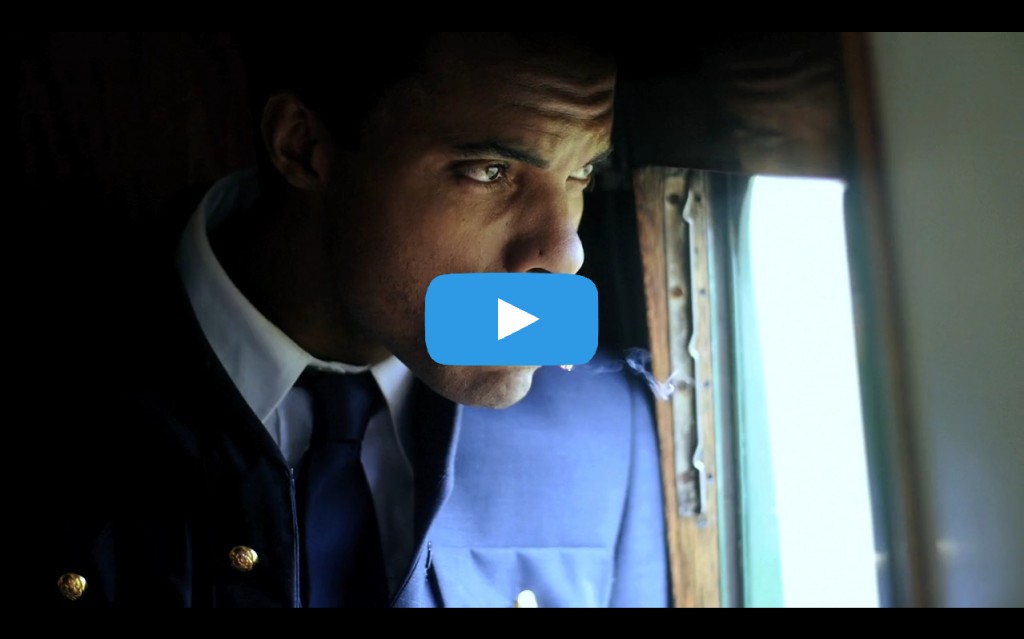 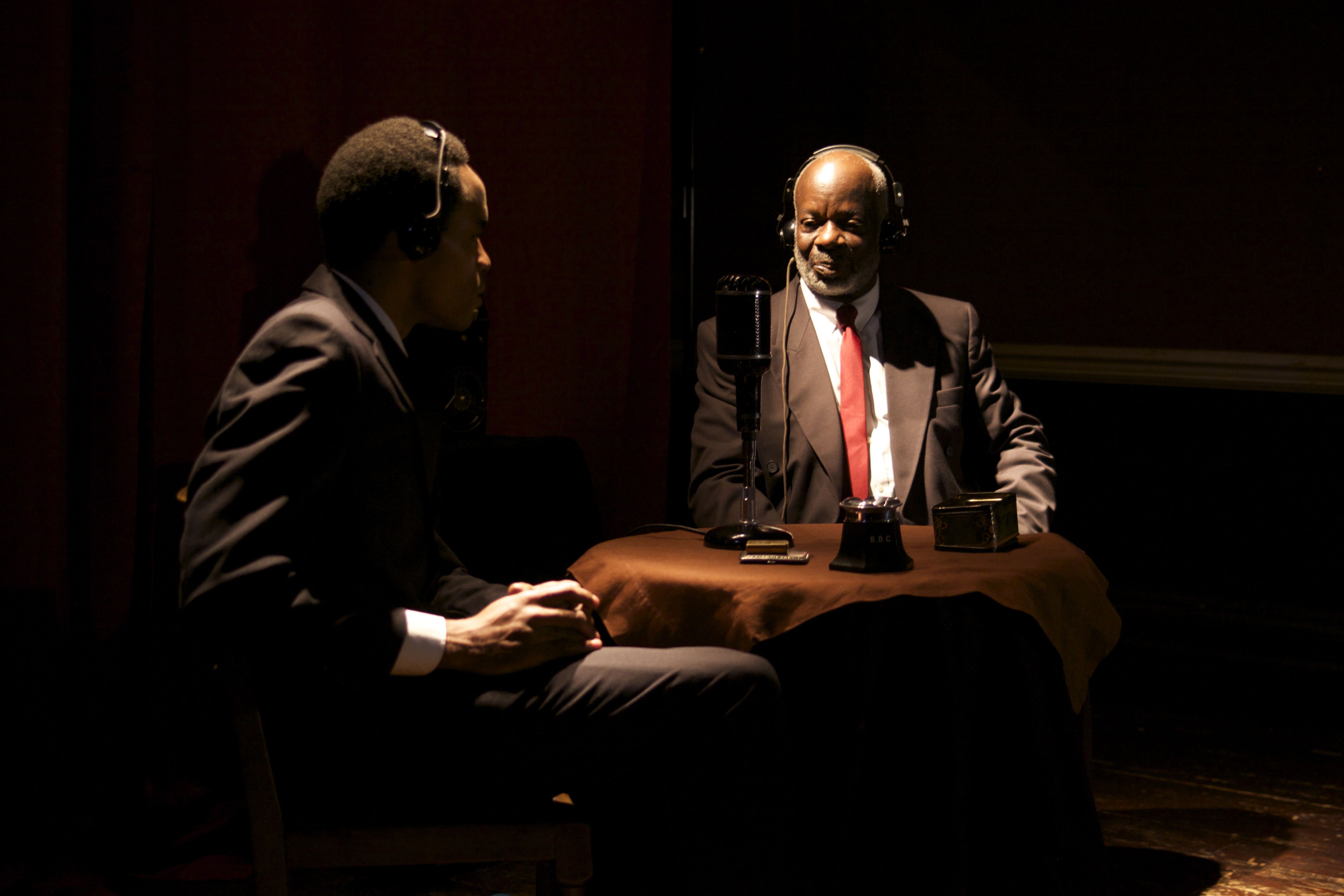 This year there will be three (3) themes, and five (5) total challenges:

#INTERSECT – for Queer and Trans People of Colour (QTPOC), co-presented with the Toronto Queer Film Festival, features diverse stories of any theme and genre from across the Caribbean Region and Diaspora. This challenge is supported by the Black Coalition for AIDS Prevention.

#BlackLoveMatters, is presented with the Toronto-based Black Daddies Club and Young and Potential Fathers, and will explore stories of black masculinity, fatherhood, and black love.

CineFAM Caribbean Smartphone Challenge – presented by Flow and in partnership with the Belize International Film Festival and the Chicago Caribbean Film Festival. This challenge is open to all Caribbean women living in the Region and Diaspora. The winner will receive a $1,500 USD prize, a combination of cash and equipment.

CineFAM South Africa - presented with Sisters Working in Film and Television (SWIFT) at the Durban Film Mart (DFM). The Challenge will take place on the second week of the Durban International Film Festival 2017, where SWIFT will offer a no-budget filmmaking workshop. A theme will be announced and filmmakers will have five days to write, shoot, edit and upload their films. Enrolment in the workshop is non-mandatory. The Challenge is open to all women-identified South Africans and will be open for submissions between July 18, 2017and July 23, 2017. Winners will get the opportunity to attend and premiere their films at CTFF in September 2017.

Participants in each Challenge have the opportunity to compete for a range of prizes.

All films must be five minutes or less, must be world premieres, and must be owned, created and led by people of colour.

For more information and to submit to one of the challenges visit the website: http://caribbeantales-tv.com/short-film-challenges/.

Trinity Square Video is a space to re-imagine media arts. Founded in 1971, it is one of Canada’s first artist-run centres and its oldest media arts centre. As a not-for-profit, charitable organization Trinity Square Video aims to meaningfully engage diverse creative voices through its accessible production, post-production, and exhibition support. Trinity Square Video champions an evolving definition of video by presenting challenging contemporary art that inspires its members and audiences to expand their understanding of media art. We strive to create a supportive environment, encouraging artistic and curatorial experimentation with video that challenges notions of medium specificity and advances media art as a creative discipline.

Telefilm Canada is a Crown corporation reporting to Canada’s federal government through the Minister of Canadian Heritage. Headquartered in Montreal, Telefilm provides services to the Canadian audiovisual industry with four regional offices in Vancouver, Toronto, Montreal and Halifax.

Sisters Working In Film and Television is a non-profit organization established in 2017 that aims to advance the participation of women professionals in film and telelvision. The organization lobbies for inclusion, gender parity and the support of womxn in the South African audiovisual landscape while forming pan-African and global networks for womxn professionals.

Durban Film Mart is a co-production and finance market and is a joint programme of the Durban Film Office (DFO) and the Durban International Film Festival (DIFF). DFM provides filmmakers from across Africa with a valuable opportunity to pitch projects to financiers, distributors, sales agents and potential co-producers, and to participate in meetings, project presentations and a series of master classes and workshops on the latest industry trends.

Flow us a customer brand under C&W, which is a full service communications and entertainment provider and delivers market-leading video, broadband, telephony and mobile services to consumers in 18 countries. C&W also operates a state-of-the-art submarine fiber network – the most extensive in the region. Learn more at http://www.cwc.com/, or follow C&W on LinkedIn, Facebook or Twitter.